The 2022/23 season commences with mezzo-soprano Rinat Shaham’s debut at Teatro Colon, Argentina singing Judith in Bartok’s Bluebeard’s Castle. This is followed by a return visit to the Wien Konzerthaus singing the Jeremiah Symphony under the baton of Marin Alsop with the ORF Vienna Radio Symphony Orchestra. Later this season, Rinat will perform the Berio Folk Songs with the Rheinische Philharmonic before going to Opéra Royal de Wallonie - Liège to sing Fenena in Nabucco. Rinat closes the season at the Berlin Konzerhaus singing Mozart Requiem under the baton of Maestro Eschenbach.

The 2020/21 season saw Rinat return to the Bregenz Festival as Giovanna and Maddalena in Rigoletto, a continuation of their 2019 summer production. Other highlights included an invitation to the Gurzenich Orchester singing the Berio Folk Songs under the baton of Maestro Canellakis.

Amidst the COVID19 pandemic Rinat recorded the new chamber version of Bartok’s Bluebeard’s Castle with the Netherlands Radio Orchestra and Maestro Canellakis that was streamed worldwide. During the 2019/20 season, Rinat was meant to continue her collaboration with Sir Simon Rattle again singing Judith in Bartók Bluebeard’s Castle with the London Symphony Orchestra on tour in Europe and the US, however this was cancelled due to the pandemic. Highlights of that season include opening the season with the NDR Symphony Hamburg singing Bernstein’s Jeremiah; performances with Orquestra Simfònica de Barcelona I Nacional de Catalunya and a new Da Ponte cycle at La Monnaie where Rinat made her role debut as Marcellina in Le Nozze di Figaro.

Past engagements have included performances of Ravel Shéhérazade with the St Louis Symphony Orchestra and Stéphane Denève; Judith in Bluebeard’s Castle with Karina Canellakis and the Stavanger Symphony Orchestra and Robert Treviño and the Basque National Orchestra; her debut at the Bregenz Festival singing the roles of Maddalena and Giovanna in Verdi Rigoletto; the title role of Carmen for Opera Australia (Sydney and Melbourne), Wielki Theater Warsaw, Florida Grand Opera and the Teatro dell’Opera di Roma; Donna Elvira in a new production of Don Giovanni directed by Krysztof Warlikowski at La Monnaie, Brussels and at Angers Nantes Opera; Preziosilla in La forza del destino at English National Opera; a New Year’s Eve Gala with Christian Thielemann, Lang Lang and the Staatskapelle Dresden, broadcast across Europe on ZDF TV; Cherubino in Le nozze di Figaro with the Israel Philharmonic; Berlioz Les Nuits d’été with Dan Ettinger and the Stuttgarter Philharmoniker and Beethoven’s Symphony no. 9 with Ludovic Morlot and the Seattle Symphony.

Internationally recognized as one of today’s finest interpreters of Bizet’s Carmen, she first performed the role at the 2004 Glyndebourne Festival.  She has since portrayed Carmen in over 45 productions worldwide including in Vienna, Rome, Berlin, Munich, Hamburg, Stuttgart, Cologne, Baden Baden, Lisbon, Toronto, Vancouver, New York, Tel Aviv, Hong Kong, Sydney, Moscow and throughout the USA and Asia.

She has recorded excerpts from operas by Lully under William Christie for Erato as well as a solo CD of Gershwin and Purcell and another of Benedetto Marcello with The Viol Group “Fuoco e Cenere” on ATMA.  She made her feature film debut as the “Jazz Singer” in the István Szábo film, “Taking Sides”, with Harvey Keitel.  Her performance as Carmen from Opera Australia has also been released on DVD. 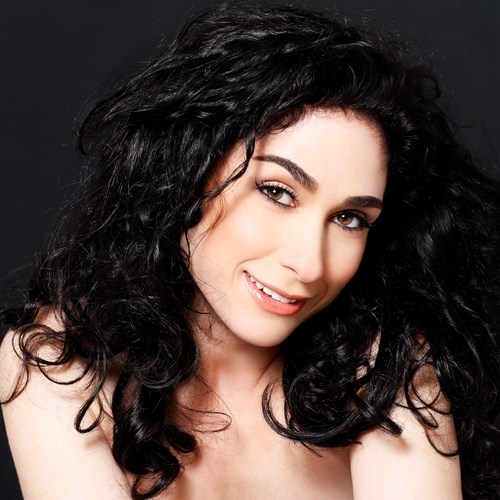