In the 2020/21 season, Icelandic bass-baritone Andri Björn Róbertsson returns to Zurich Opera with the La Scintilla Orchestra for St John’s Passion and revisits the roles of Witness 3 and Madman in George Benjamin’s Lessons in Love and Violence at the Châtelet.

Last season, Andri made his House operatic debut at his native Icelandic Opera as Figaro in Le Nozze di Figaro and was meant to return to the Dutch Opera as Der Einäugige in Die Frau Ohne Schatten, however this was unfortunately interrupted by the COVID19 pandemic.

In the 2018/19 season, Andri appeared at both the Staatsoper Hamburg and Opera National de Lyon with Lessons in Love and Violence singing both Witness 3/Madman. These followed Andri’s House debut at the Royal Opera House, Covent Garden with the world Premiere of the same production.

As a 2016/17 Harewood Artist, Andri made his debut with the company as Angelotti in Catherine Malfitano's production of Tosca, subsequently performing the role of Ceprano in Rigoletto and Basilio (cover) in The Barber of Seville. Most recently, he performed the roles of Lord Krishna in Philip Glass’s Satyagraha and Theseus in A Midsummer Night’s Dream for the company. While also at ENO, Andri covered the role of Fifth Jew in Salome and gave recitals at the Wigmore Hall, London with ENO Harewood Artists and pianist Iain Burnside.

Other recent highlights include Angelotti in a semi-staged concert performance of Tosca opposite Kristine Opolais and Sir Bryn Terfel at the 2017 Llangollen International Musical Eisteddfod with the Orchestra of Welsh National Opera and Superintendent Budd in Albert Herring at The Grange Festival.

In 2014/15 Andri joined the International Opera Studio in Zürich where he performed Speaker/Second Priest in Die Zauberflöte, Der König in Die Gänsemagd, Brabantische Edle in Lohengrin and Fedja Dawidowitsch Pronin in Fälle by Oscar Strasnoy. He subsequently returned as a guest artist to reprise his role as Speaker and to perform Priest/Pan/He in King Arthur. In 2014, he was named as HSBC Laureate of Festival d’Aix-en-Provence, where he performed the role of Bass in Trauernacht – a staged performance based on J. S. Bach’s sacred cantata at the Festival, and the production has since travelled to various European venues. Other roles include Sarastro in Mozart's The Magic Flute with Garsington Opera and again with Joanna MacGregor at the Bath International Music Festival, Craftsman in Elspeth Brooke’s The Commission and Barman/Hunter Gracchus/Policeman in Francisco Coll’s Café Kafka – a newly commissioned and co-produced double-bill for Royal Opera House, Opera North and Aldeburgh Music.

Andri is also a keen recitalist and has performed at the Oxford Lieder Festival, Icelandic Opera in Reykjavik, Festival d’Aix en Provence and L’Opéra de Lille as well as at Salurinn, Kópavogur, Iceland.

Andri was a semi-finalist in the 2015 Queen Sonja International Music Competition and was nominated as the  ́Brightest Hope in Classical Music' at the 2013 Icelandic Music Awards. He studied at the Reykjavik Academy of Singing and Vocal Arts in his native Iceland, the Royal Academy of Music and the National Opera Studio, London. He gratefully acknowledges Dame Kiri Te Kanawa and her Foundation who provided him with significant mentoring and financial support. Andri is also grateful to the Behrens Foundation who sponsored his engagement as a Harewood Artist at ENO.

Andri is a Samling Artist. 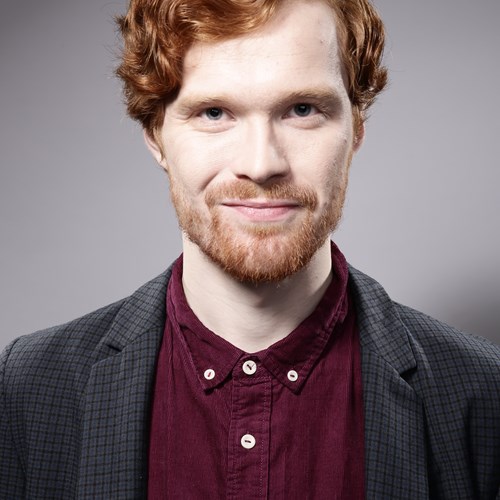 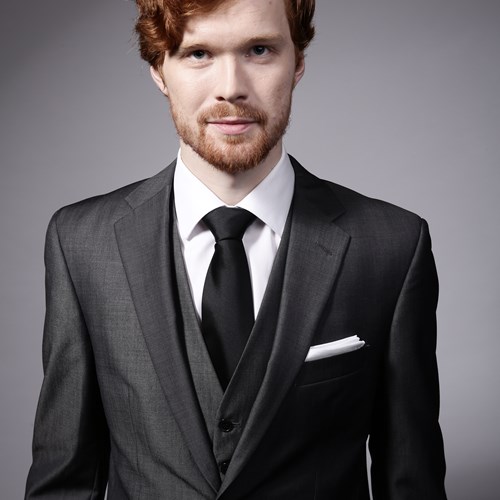