John studied at the Royal Conservatoire of Scotland (RCS) under Kathleen Mckellar Ferguson and is a graduate of the Guildhall School of Music and Drama (Guildhall) Opera Course taught by John Evans, where he was supported by Help Musicians UK and the Worshipful Company of Musicians.

The 2021/22 season commences with John’s debut with the London Philharmonic Orchestra at the Royal Festival Hall singing the role of Dancing Man in a concert performance of Midsummer Marriage under the baton of Ed Gardner. John then returns to Glyndebourne Touring Opera covering the role of Florestan in Beethoven’s Fidelio. John has a close relationship with both Glyndebourne Touring and the Festival; previous roles include Borsa in Rigoletto, Melot in Tristan und Isolde and he should have performed the roles of First Armed Man and Second Priest in Mozart’s Magic Flute, but this was unfortunately cancelled due to the Covid19 pandemic.

Later in the season, John returns to English National Opera where he is an ENO Harewood Artist. Roles this season include cover Siegmund in Wagner’s Valkyrie, Innkeeper and Cock in Janáček’s Cunning Little Vixen and Luke in Poul Ruder’s The Handmaid’s Tale. As an ENO Harewood Artist, roles have included Remendado Carmen, cover Heurtebise Orphee and John should have sung the role of Gamekeeper Rusalka, which would have transferred to Luxembourg Opera, and the Young Guard in Tippett’s King Priam however these were all cancelled due to COVID19.

Last season, John made his debut for Garsington Opera covering the role of Florestan in Fidelio.

In the 2017 season, John was a Jerwood Young Artist at Glyndebourne Festival and Touring Opera (GFO/GTO) where he performed the roles of Player 2 Hamlet; Officer Ariadne auf Naxos and Giuseppe (cover) La Traviata and in the 2018 season at Glyndebourne John performed the Major Domo to Faninal (cover) Der Rosenkavalier. 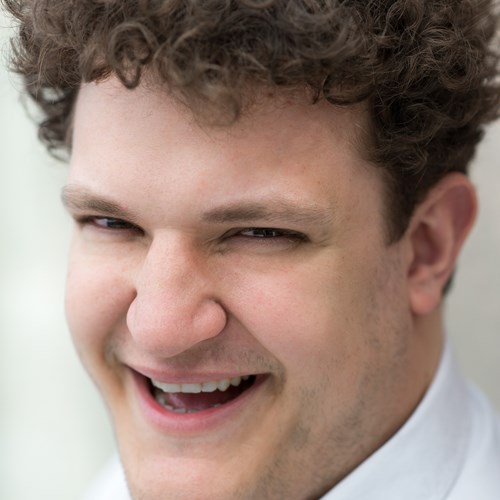